We want to understand how cells are correctly shaped and organized during development to form a correctly-shaped tissue or organ.  This process – termed morphogenesis – is crucial because incorrectly-formed organs will not function correctly.

We use the Drosophila pupal eye as a model tissue for our work.  The Drosophila eye is a compound eye composed of 750-800 nearly identical ‘ommatidia’.  Each ommatidium is composed of a set of photoreceptor neurons and surrounding epithelial support cells and capped by a lens.  Morphogenesis of the eye takes several days.  After cells are specified as either neurons or supporting epithelial cells, they become organized to form a simple repeating pattern.  This requires that cells are repositioned via local cell movements, excess cells are pruned from the tissue via apoptosis (programmed cell death), and the remaining cells adopt simple stereotypical shapes.  Precisely how this happens though is not well understood.  The end result is an ordered hexagonal array, as shown in Figure 1.

Previously, we examined how the adaptor protein Cindr contributes to morphogenesis. Cindr regulates the cytoskeleton and adhesion, and is also important for cell survival. We have also explored contributions of proteins that interact with Cindr, including several ArfGAPs, the actin Capping Proteins, the adhesion proteins Roughest and Hibris, and signaling proteins that are components of the JNK and Hippo signaling pathways. Since we are especially interested in how Hippo contributes to morphogenesis, we assayed changes in gene expression in response to Hippo signaling activity in the eye:  this revealed that many genes that regulate the cytoskeleton are in turn regulated downstream of Hippo.

We are currently exploring how the cytoskeleton is organized and regulated in the Drosophila pupal eye as it develops.  We have observed extraordinarily-detailed  cortical actin structures that are specific to particular cell shapes, as shown in Figure 2.  We aim to determine how these are formed and maintained during morphogenesis, clarify why these actin structures are formed only in some cell types, and test their contribution to the 3D morphology of these cells.  We can observe these structures using high-resolution microscopy of the life pupal eye, which is genetically malleable so that we can modify the expression of proteins that we predict build or maintain actin structures, to test our hypotheses. 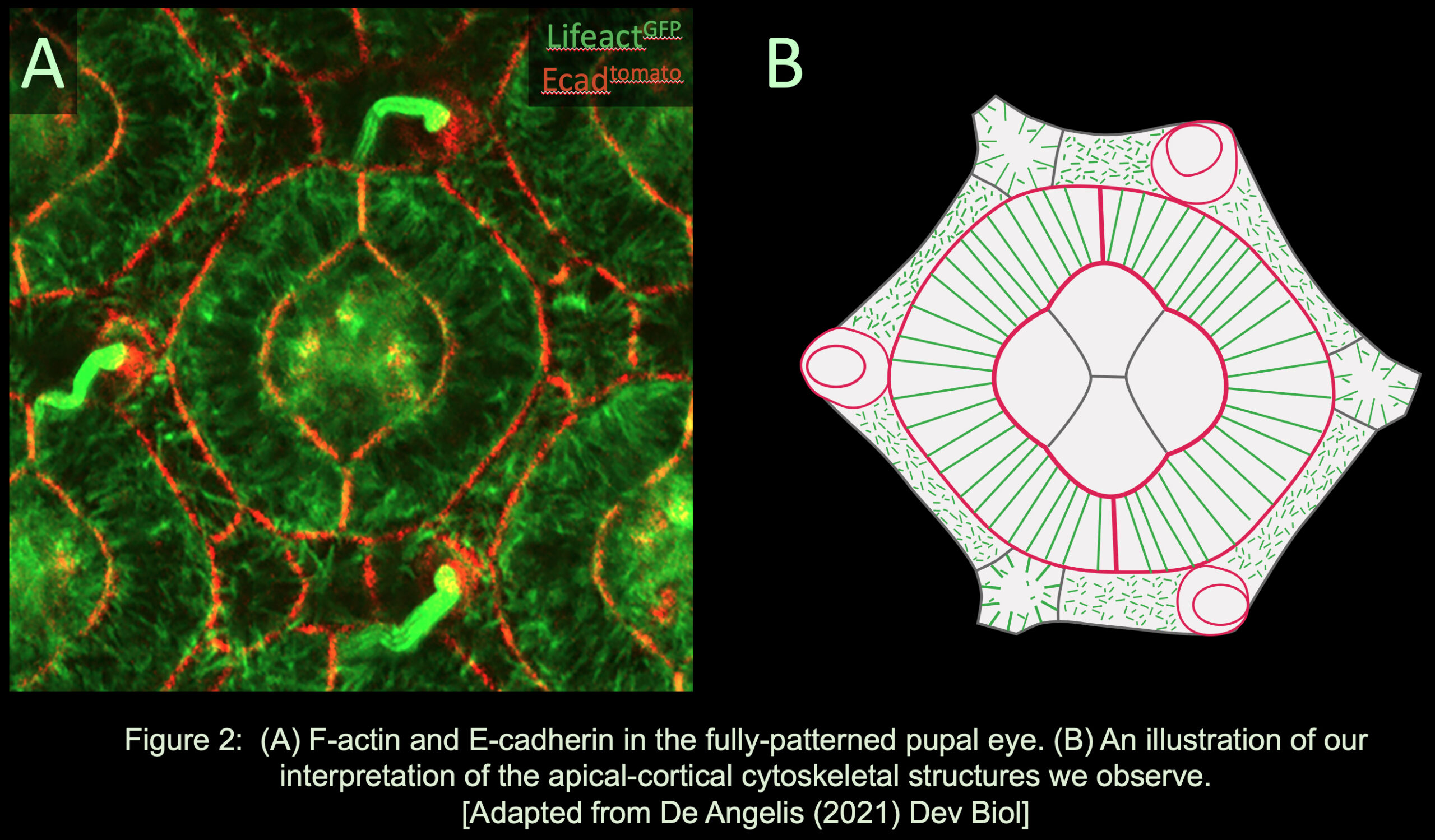 Just like fruit flies, our organs are also characterized by collections of different cells that have characteristic 3D shapes.  Often, when a cell functions incorrectly, it is because its shape has been disrupted. It is therefore critical that we understand how cell shape is established and maintained, so that we can understand the causes of cell disruption in disease and develop approaches to overcome these.

If you have questions about our work contact us here. 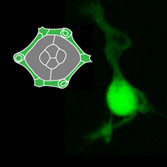